Composition of the commission on "red-book" updated 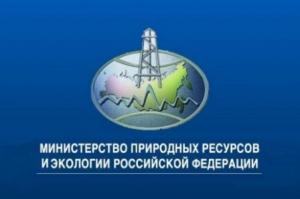 The Ministry of Natural Resources announced the approval of the new composition of the Commission on Rare and Endangered Animals, Plants and Fungi. Its chairman was Amirkhan Amirkhanov, Deputy Head of Rosprirodnadzor.

Recall that the commission develops and considers proposals and recommendations that ensure "decision-making on the conservation and restoration of rare and endangered animals, plants and fungi."

According to the press release, the Chairman of the Commission and the Bureau of the Commission is the Deputy Head of Rosprirodnadzor Amirkhan Amirkhanov. The body consists of representatives of science, public organizations, reserves, ecologists.

There are 8 expert sections under the commission on a permanent basis. The Section on Round and Fish is still headed by the Scientific Head of the Institute of Ecology and Evolution named after A.N. Severtsov of the Russian Academy of Sciences Dmitry Pavlov, on aquatic invertebrates - Senior Researcher of the Zoological Institute of the Russian Academy of Sciences Alexander Comendantov (both - by agreement).