Transfer to categoria 1 of Red Book 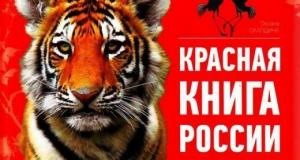 We received the proposal of Olga Krever, Deputy Director of FSBU "Information and Analytical Center for Support of Reserve Business" Ministry of Natural Resources of Russia

The Sakhalin Taimen is also included in this list.

Such a list was approved by the Ministry of Natural Resources of the Russian Federation for the implementation of the federal project "Conservation of biological diversity and development of ecological tourism" of the national project "Ecology" and currently includes 11 priority objects (10 mammals and 1 bird – white crane). A draft Roadmap has been developed for each priority site and will soon be adopted by a Working Group established for the relevant purposes under a federal project (comprising sections for each priority site). The activities of the Roadmap will be financed, inter alia, from the funds of commercial companies within the framework of the Business and Biodiversity Initiative (the relevant Working Group, including representatives of more than 20 commercial companies, was established within the framework of the project by the order of the Ministry of Natural Resources of Russia).

The draft Action Plan was developed by specialists, it is advisable to send it officially to the Ministry of Natural Resources of Russia for further development and approval (the official procedure provides for consideration of the draft by the Expert Section on Round and Fish of the Commission on Rare and Endangered Animals, Plants and Mushrooms).

I really didn't want to miss that moment. At first Lev Anatolyevich Zhivotovsky wrote a letter from himself to the section of experts on round and fish, then we wrote such a letter (it was signed by 8 people, and then other specialists expressed support for it. The next day there was a message from the Secretary of the Section of Experts on Cyclostoma and Fish Nicholay Ivanovich Shilin: with a minimum margin - 6 against 5 won the point of view of supporters of transfer of environmental status from category II to category I.