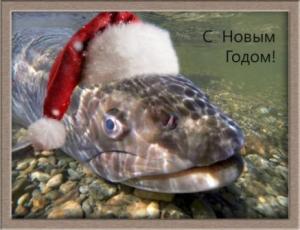 Congratulations came on behalf of Mikhail Skopets. In the role of Santa Claus is Siberian taimen Hucho taimen, but in the modern edition of the Red Book of Russian Federation included the population of the Sakhalin Island where it may well live next to the Sakhalin taimen Parahucho perryi (populations of the Primorye region and Sakhalin region). 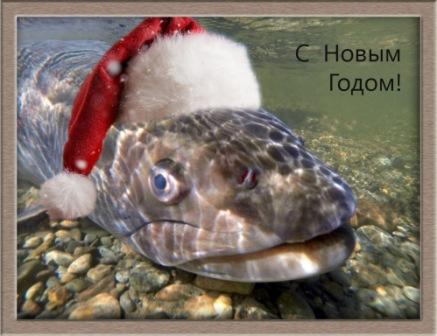 Both species have the same rarity status category - 1 and endangered status - Endangered. But the degree and priority of environmental measures taken and planned (environmental status) differ: the Sakhalin taimen has a I priority - immediate adoption of comprehensive measures, including the development and implementation of a strategy for conservation and/or a program for restoration (reintroduction) of the animal object and action plans; Siberian (ordinary) time II priority - it is necessary to implement one or more special measures to conserve the object of the animal world.

On December 24, 2019, the Federal Portal of Draft Normative Acts finished discussing the List of Animal Objects Listed in the Red Book of the Russian Federation. In the near future, the draft List will be taken for expert opinion in the Russian Academy of Sciences and for approval in the Ministry of Agriculture of Russia, after which it will be approved by the order of the Ministry of Natural Resources of Russia and registered with the Ministry of Justice of Russia.