Message on the website of the Sakhalin branch of FSBI Glavrybvod 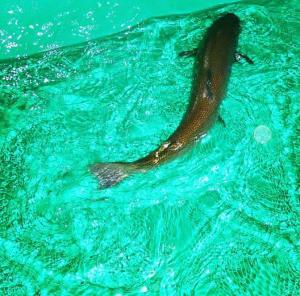 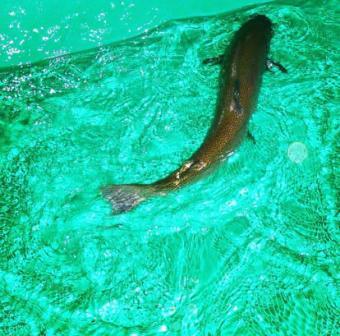 The process of artificial reproduction is carried out at the Okhotsk Hatchery where every year specialists carry out the keeping of captured producers, laying eggs for incubation, growing and release of juveniles.

In May of this year, it was possible to lay down for incubation according to preliminary estimates - 16.0 thousand  live eggs, the number of which will be specified after the inventory of eggs.

Eggs was obtained from 16 producers caught in accordance with a permit for the extraction of objects of flora and fauna belonging to the species listed in the Red Book of Russian Federation, issued by the Department of Rosprirodnadzor.

All the producers of Sakhalin taimen caught this year, after receiving the reproductive products, were successfully returned back to their natural habitat. Specialists in the field of veterinary medicine and the Far Eastern Interregional Administration of Rosprirodnadzor observed the progress of the release of taimen producers.