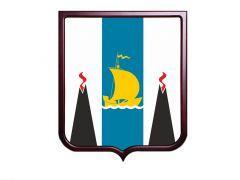 In connection with the recommendations of Working expert group on a biodiversity of May 19, 2017, on June 8 through the heading "We Will Keep Sakhalin Taimen" the appeal to the regional power is published in the Gubernskiye Vedomosti newspaper: "To save a taimen in the Russian part of an area, the regional program which will demand coordination of work of different departments, business and nature protection community is necessary".

And on July 4 the answer signed by the acting as the head of the Agency G.A. Sudakov is received. Main idea of this formal reply: "Acceptance at the regional level of the program of preservation of the Sakhalin taimen is impossible as powers of the territorial subject of the Russian Federation don't extend to actions for protection of anadromous species of fish".

If to remember that institutions of Rosrybolovstvo refuse protection of "Red Book" species of fish (Bushuev, 2011), then there can be an impression that our taimen has got to "a security vacuum". Fortunately, it not absolutely so that the specialist in the nature protection right Olga Nikolaevna Krever (Krever O. N. convincingly proves 2012. "About powers on protection of the Sakhalin taimen").