No dead of taimen on the Sakhalin 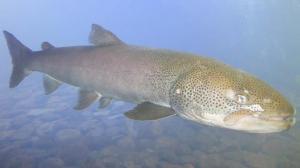 The question was asked In Sakhalin fishing groups: "No one noticed dead taimens in the rivers and lakes of South Sakhalin without visible damage?"

There were no such messages, and one of the users of the Fly group (more then 50 members) wrote the following:

"Thank God, no. Moreover, this year there is a lot of taimens!  In some areas (the West Coast), local residents are seriously concerned about the sharp outbreak of the number of taimen, since there are fewer other fish species, which in their opinion the taimen has gone out. According to the Krasnogorsk people there is less smelt in Ainskoye Lake, it is at least two species there.

The facts of the death of the ST will not be ignored by a single fisherman, but so far there is no such data, and this is great! "