Offers in the Russian Popular Front 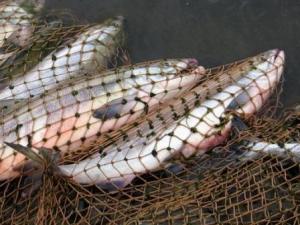 Irresponsible part of the population, but partly is guilty of a problem of destruction of valuable water resources and the power incapable cardinally to improve a social and economic situation in the region. It is necessary to fight against the poaching phenomenon all possible means because key strategic resources which water bioresources are for local economy, tend decrease in self-reproduction. But before the phenomenon should be studied as much as possible versatily. There are several different types of poaching, in the sum all of them lead to degradation of a resource. Increase in access to a resource leads to what is called "Tragedy of common property". Besides, change of installations and behavior of people towards refusal of any restrictions is observed recently.

To soften this tragedy, three ways are known.

The first – strengthening of retaliatory functions of government.

The second – privatization of resource when business invests in his protection.

The third – the public contract between local users.

Obviously, it is possible to achieve significant success only applying an integrated approach and involving as much as possible widely both experts, and activists. That is, the speech has to go about the wide movement connecting representatives of all sectors of the developed society – the states, business and the public. Such model is tested on Sakhalin in 2007-2010, - in several districts of the area with assistance of ANO "Sakhalin Salmon Initiativ" so-called basin, or salmon councils functioned.

The movement has to have own mission, strategy, the purposes, tasks and symbolics. As "live flag" of the movement I offer an image of Sakhalin taimen included in the Red Lists of all levels, and included in the list of 100 main endangered species of world fauna. This species on some researches is the most ancient salmon on Earth and also the symbol of health of all water ecosystems, a valuable component of sustainable development of the region capable to increase his tourist appeal.

Sakhalin region as center of an area of the Sakhalin taimen has to bear global responsibility for long-term preservation of key populations of this most valuable fish. Strangely enough, the high status of a taimen has put a view of a destruction side – by order of Rosrybolovstvo, his institutions don't reckon obligations for protection from the Red List of the Russian Federation. And the Agency on fishery of the Sakhalin region has refused participation in creation of the Regional program for preservation of Sakhalin taimen recently, having left LLC Rosneft-Sakhalinmorneftegaz alone.

In the nature nothing threatens a taimen, only the person. This unique fish falls the first victim of illegal networks, and in many southern areas it has almost completely disappeared. At the same time it has a good chance of survival – very many people from among advanced amateur fishers, having caught a taimen, kiss him and release on native environment. And many people are ready to fight for his preservation, at the same time other species of salmons will also be kept, as under peculiar "umbrella".