The sad message has come from Poland - Andrzej Witkovsky has died on September 27. His devoted friend and the disciple Jan Kotush has told several friends, including three Russians (E.D. Vasilyeva, S.F. Zolotukhin and S.S. Makeev) literally the following:

"Dear friends, with regret I report about the death of our friend, professor Andrzej Witkovsky. He has died in the afternoon on September 27. It happened during his work on a part of the monograph about graylings. Please, let about it know to other (especially old) friends of Andrzej. Be based with the world! Jan Kotush, Museum of natural history, Wroclaw University, Poland".

Professor Witkovsky invited us to the Second International symposium on taimens in Lopushnya. Then he continued to work, and we warmly corresponded.

In this photo he near the monument established by the Polish amateur fishers in honor of the Danube taimen. 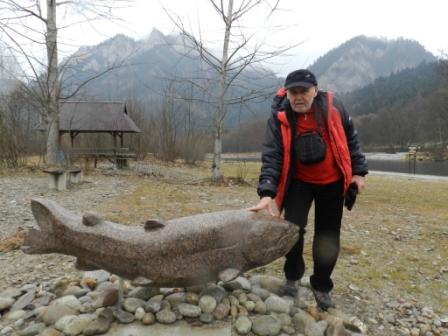