New measures against poachers will be estimated by deputies 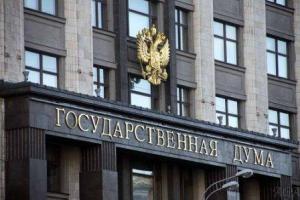 The bill toughening criminal penalty for illegal catch and trade in water bioresources and other animals is introduced to the State Duma. Punishment for purchase and sale of "Red Book" species on the Internet is prescribed.

Changes are developed by the Ministry of Internal Affairs of the Russian Federation together with the Ministry of Natural Resources and approved at a meeting of the Government in December. In particular, amendments to Criminal and Criminal procedure codes of Russian Federation establish responsibility for illegal acquisition or sale with use of media or Internet of especially valuable wild animals, including the water bioresources, the Red List of Russian Federation and species protected according to international treaties. Responsibility extends to trade in parts and derivatives of these species.

According to the proposed amendments, illegal acquisition and sale of especially valuable species of WBR and other animals included in the Red List of Russian Federation or protected by international treaties with use of mass media and Internet will be punished by forced labor for a period of up to 3 years with a penalty at the rate from 500 thousand to 1,5 million rubles or at a rate of salary or other income of the convict for the period up to 3 years or without that and with restriction of freedom up to two years or without that. Or imprisonment up to 4 years with the same the sum of a penalty and term of restriction of freedom will become punishment, the correspondent of Fishnews reports.

The official for similar violations will be threatened by from 3 to 6 years of imprisonment with a penalty in the amount of 1 to 3 million rubles or at a rate of salary or other income of the convict for the period to 7 years and also deprivation of the right to hold certain positions for a period of up to 5 years.

The bill provides that participants of organized group for trade in rare fauna in network will be imprisoned for a period of 6 up to 9 years and will pay penalties from 1,5 to 3 million rubles or at a rate of salary or other income of the convict for the period up to 8 years. Also members of a "Red Book" organized criminal group can receive up to 2 years of restriction of freedom and lose the right to hold certain positions for a period of up to 7 years.