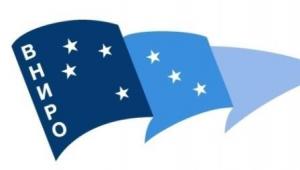 At the end of 2017 at a meeting of the biological section FGBNU VNIRO the recommendation for FGBNU "TINRO-center" is made to prepare biological justification on an exception of  taimen from  list of anadromous species of fish approved by the order of Rosrybolovstvo from 2.26.2009 with No. 147.

This order enters the list of anadromous fishes, catching of which is carried out in compliance with article 29.1 of the Federal Law "About Fishery and Preservation of Water Biological Resources". Not too competently in the list there were species of genus  Hucho and Parahucho. It is known that anadromous species of fish are species of fish, reproduced in fresh water, making then migrations in the sea for feeding and coming back for spawning to places of reproduction. In the rivers of the Far East fishery basin from species of genus Hucho only the Siberian (common) taimen  H. taimen meets, but this is purely freshwater fish. And the Sakhalin taimen Parahucho perryi only of one of  ecoforms can be called anadromous, but also that is a semi-seerun  (fishes with feeding in brackish waters of mouth areas). Besides, Sakhalin taimen, except Khabarovsk Krai, is included in the Red List of the Russian Federation, just as the Sakhalin population of Siberian taimen.

It is worth reminding that existence of a taimen in this list has given a reason to Agency on fishery of the Sakhalin region to claim that "acceptance at the regional level of the program of preservation of the Sakhalin taimen is impossible as powers of the territorial subject of the Russian Federation don't extend to actions for protection of anadromous fish  species". It would seem, after an exception of a taimen of this list it is possible to charge to the Agency this program, however also protection of the water bioresources included in the Red List of the Russian Federation is among restrictions.