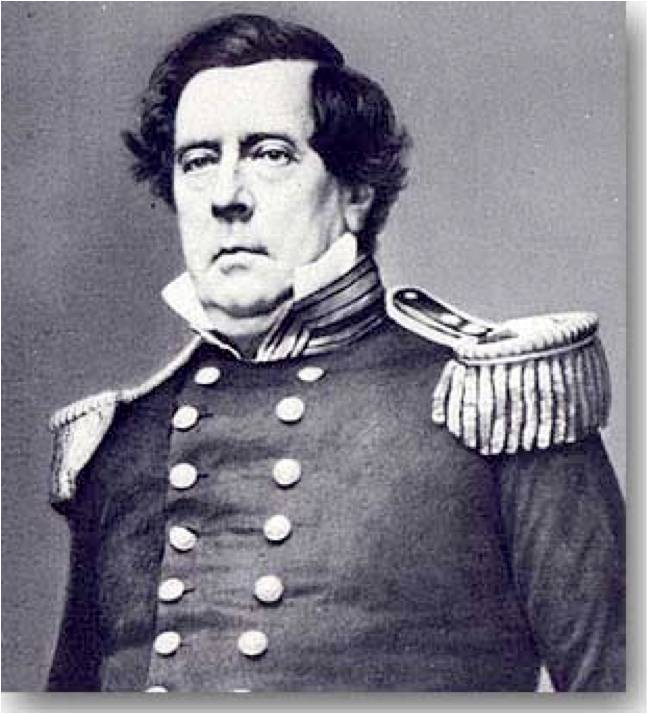 How has it got to America? Japan till 1854 was very closed country, and America, already then carrying out "diplomacy of gunboats", sent military diplomatic mission of the commodore Mathew Perry to Japan twice. In the second expedition Americans managed to sign the contract with Japan. After Perry's return I have lived not for long and I have died of cirrhosis. In honor of the commodore on his homeland have built a monument. By the way, our admiral E.V. Putyatin had a similar mission by the Pallada frigate who could also sign a little later the so-called Simodsky treatise.

Unprecedented zoologists of fish someone from members of the Japanese expedition of Perry has got one copy in the fish Hakodate market and has transferred to the American museum among a great number of other fishes. Here is how he looked.