Poachers on the Nabil’ 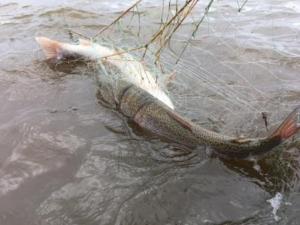 As a result of joint security actions of the Sakhalin Border Service and "Sakhalin Environmental Watch”  the group of the poachers who have caught 34  Sakhalin taimen in the Gulf Nabil’ is detained.

The next joint raid of Border Service  of FSB of Russia in the Sakhalin region and public organization " Экологической вахте Сахалина " which purpose was protection of especially valuable species of fish, in particular - the Sakhalin taimen has the day before come to the end. 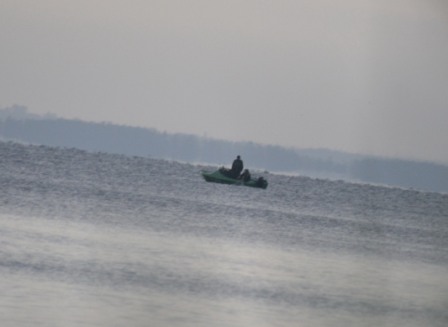 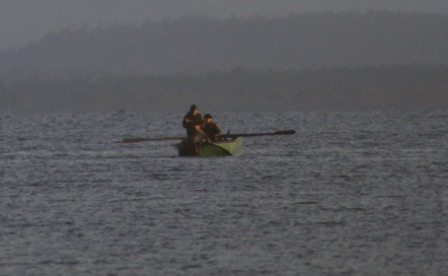 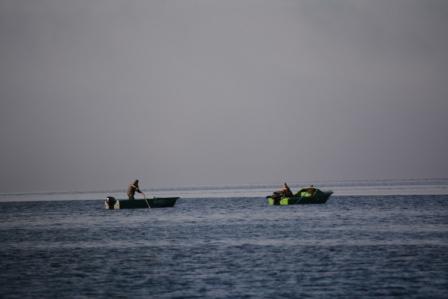 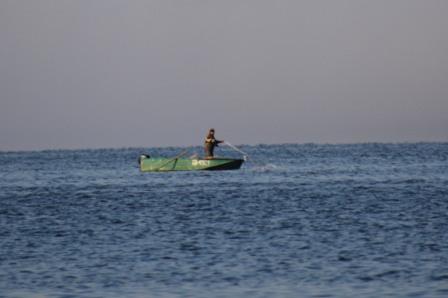 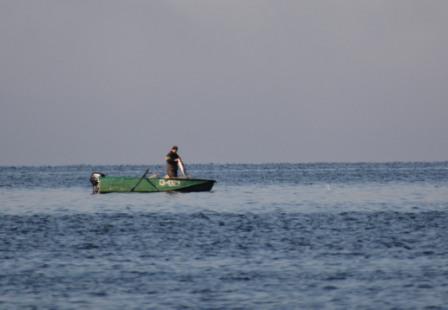 The complex of operational actions has led to detention of group of three poachers who have caught 34 individuals of  Sakhalin taimen – especially valuable species of fishes included in the Red Lists of Russia and  Sakhalin region. Recent researches of the Sakhalin scientists have shown that the number of the Sakhalin taimen everywhere is promptly reduced, and intensive illegal catch is the main reason of it. In the rivers of the South of  island this species already became a huge rarity, and in a number of places and has completely disappeared. The Nabi’ Gulf with the Nabil River flowing into it – one of very few water objects of Sakhalin where the disappearing taimen for the present meets rather often. 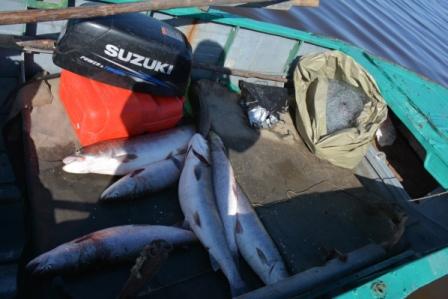 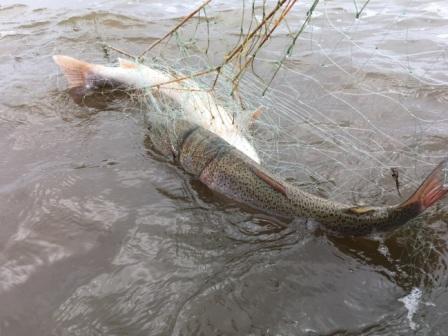 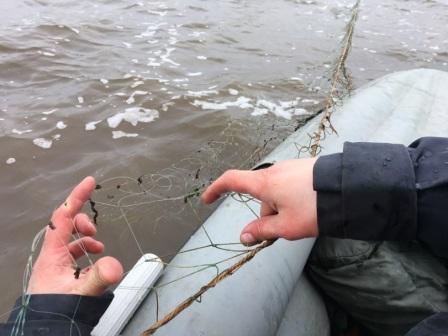 All three detained poachers were the working residents of Nogliksky district. Two of them hold senior positions of an average link in the large local enterprises, the third – the pensioner continuing to work in one of oil companies. While dozens of locals came for fishing, these three armed only with spinnings have decided not to waste time on trifles and have put three nets with a total length about 200 meters. The place of illegal fishing  and the characteristic of nets have been purposefully focused on catch of Sakhalin taimen – except 34 large fishes of this species in them has got flounders also one cherry salmon some.  Taymens by the time of detention illegal fishers have managed to cut a part already. Frontier guards have withdrawn from poachers of net and a catch and also two motor boats with suspended Tokhatsu-25 and Suzuki-30 motors which are for a long time brought out of illegal activity now. 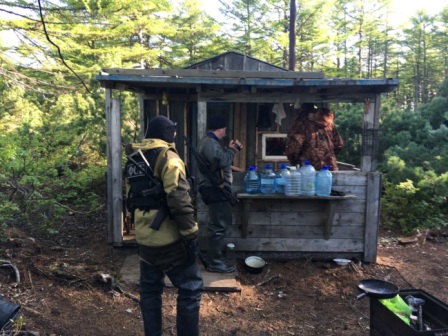 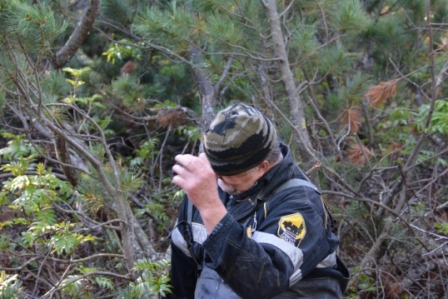 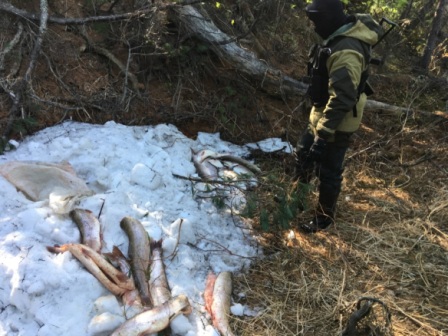 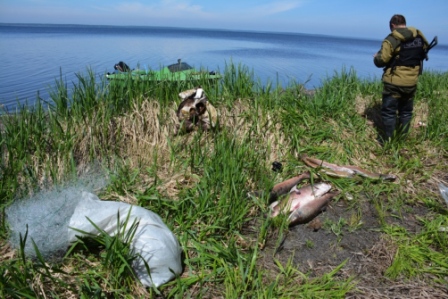 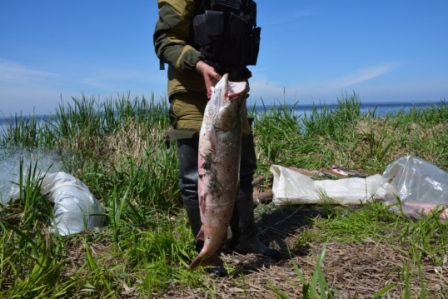 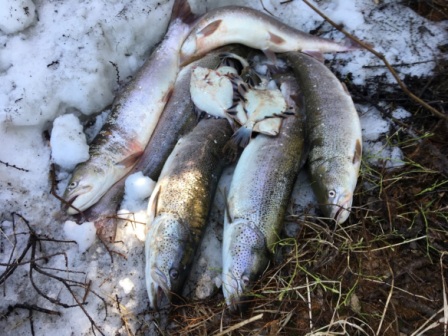 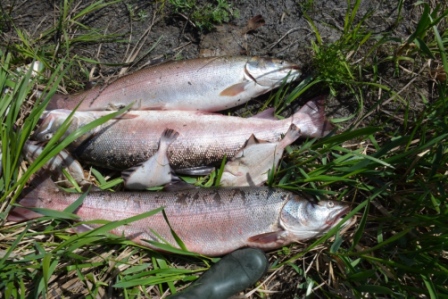 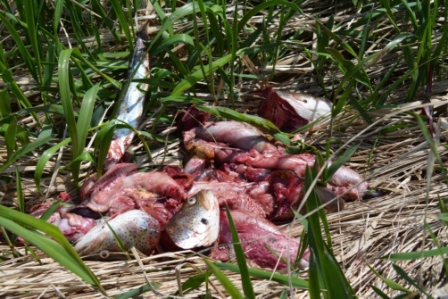 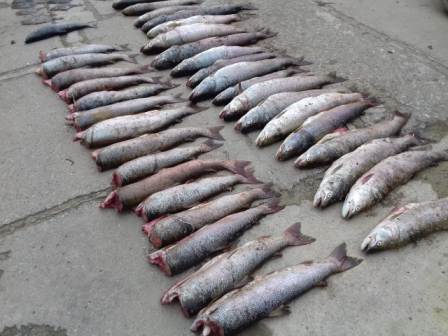 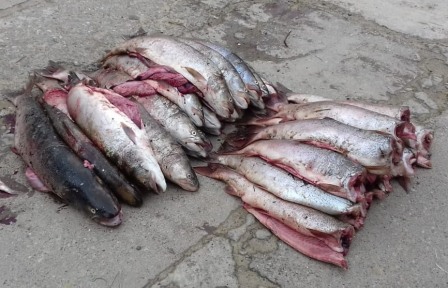 On this fact the decision on initiation of legal proceedings will be made in the nearest future. Illegal production and also acquisition, storage, transportation, transfer, purchase and sale of the Sakhalin taimen fall under operation of article 258.1 Criminal Code of the Russian Federation prescribing in quality punishments corrective works, penalties to 1 million rubles or imprisonment for a period of up to three years, and as a part of organized group – from five to seven years.

Raid was conducted within the plan of the interaction between the Sakhalin Border Service and "SEW" operating the second year. Its participants with satisfaction note that in comparison with the same period of last year of illegal nets in the Gulf Nabil’ became 10 times less, and the general level of poaching on a number of signs was considerably reduced. 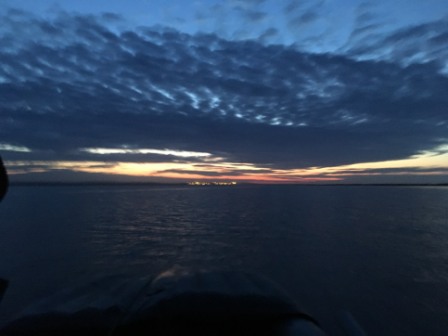 For increase in probability of survival of the taimen which is released in water he needs to be taken hands in damp cotton gloves, not to touch a gill at all and not to lift fish for a tail. Use special devices for extraction of a hook and if it doesn't leave, then better leave him inside as it is possible well having cut off a lead (it is proved that a taimen are capable to be exempted independently over time from the got stuck hook). Support fish at the same time for a tail stalk and under a belly, at least, in 10 cm from a junction of branchiate covers. Don't press fish to yourself and don't lift highly. Time of withdrawal of fish from water shouldn't exceed one minute. Place fish in water carefully and before release hold her the head in a stream against the current until she independently doesn't leave.

Video can be looked and downloaded at the link https://youtu.be/W-NE2uxcb1w

All rights for photos and video belong to " Sakhalin Environmental Watch ". They can be used freely for publications in media on a subject of this message without special coordination with the owner.