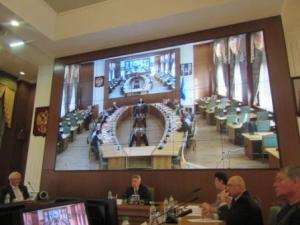 On November 27, 2018 in the Big Hall of the Sakhalin Government  there took place the regular meeting of the Working expert group on a biodiversity (WEG). Three days before it the meeting of section on Sakhalin taimen conservation was held at office of "Sakhalin energy". 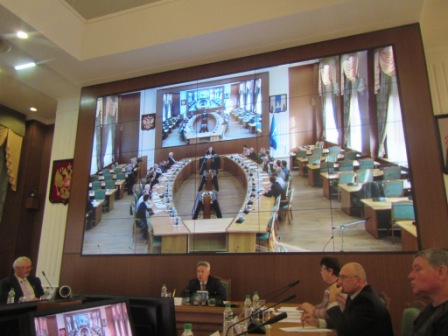 The most part of WEG meeting was devoted to the reporting presentations according to programs of monitoring of the Okhotsk-Korean population of gray whale according to which 3 large corporations worked. And here on studying of the Sakhalin taimen practically nothing became. Most objectively it is stated in information on the website SakhCom.

After gray whales the message about the newest methods of studying of rare fishes based on subjects of the scientific articles posted on the website "Sakhalin Taimen in 21st Century" was heard.

Then presentation slides at a spring meeting of WEG in which plans for the near future were reflected were once again seen. Unfortunately, the vast majority of these plans is not implemented. D.V. Lisitsyn told about anti-illegal raid joint with frontier guards, according to Nabil in June and about its results. The main thing, in Nogliksky district it had a loud resonance, and illegal nets became much less. The appeal to organize similar raids during the winter period  when a lot of taimens is withdrawn on  wintering holes sounded. 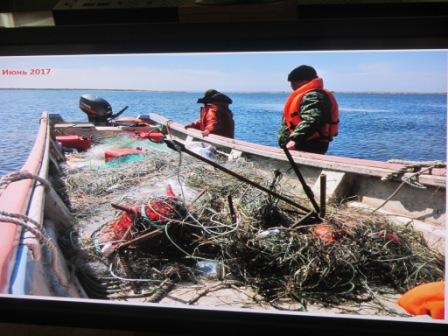 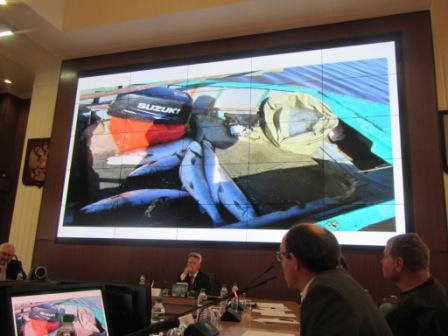 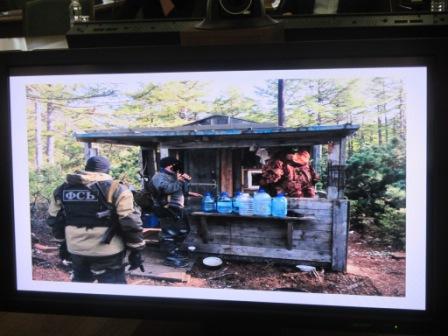 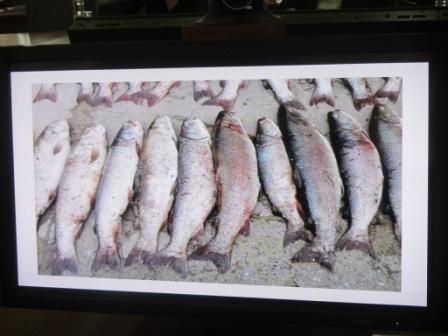 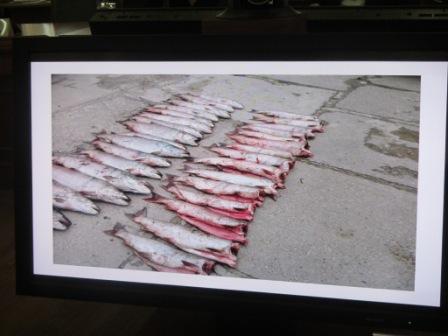 At last, the short message about the International Year of the Salmon was made by S.S. Makeev.

Discussion of the sounded problems with the Sakhalin taimen and programs of its conservation was rough but ineffectual.