The very first serious scientific work about Sakhalin taimen, except for fragmets in lists of fishes of Berg (1916, 1948), Taranets (1937)? Nikolsky (1950) is found and posted on the website in the section "Reports". It was the report on the term paper "Some data on biology of juveniles of Hucho perryi – the Far East chevitsa in the Bolotnaya river, Southern Sakhalin" (1955) student of the III course of biologo-soil faculty of Lomonosov Moscow State University M.L. Martsinkevichene. There was Krykhtin, Martsinkevichene and Spanovskaya's work "New data on the Sakhalin taimen Hucho taimen (Pallas)" (1964) with the wrong specific name much later. By the way,  student is not mistaken in names of fishes, and for the lack of other data compares biology Siberian and Sakhalin taimen.

Only a little later articles in Japanese of Yamashiro (1965) and Kimura (1966) appeared. The student honestly specifies in the report that she received samples of juveniles of taimen from the graduate student M.L. Krykhtin who during this period specialized in a subject of the thesis on studying of the river period of masu salmon.

If biographies of Mikhail Lukich Krykhtin (1923-1999) and the research supervisor student Valentina Demyanovna Spanovskaya (1919-2010) can be found on the website of MSU, then the future of Martsinkevichene is not known. 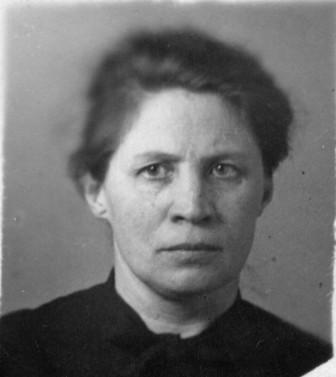