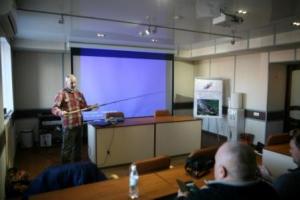 This winter ichthyologist, specialist in sports fishing and fishing tourism Mikhail Skopets holds seminars on "Taimens: biology, catching, protection". Seminars are intended for the tour operators offering fishing tours, guides and also for all fans of catching on artificial fly. 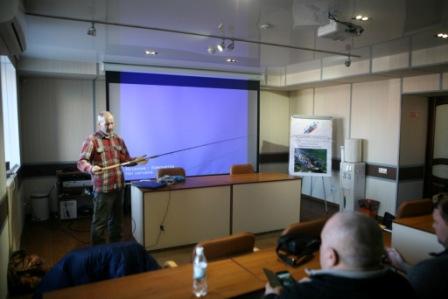 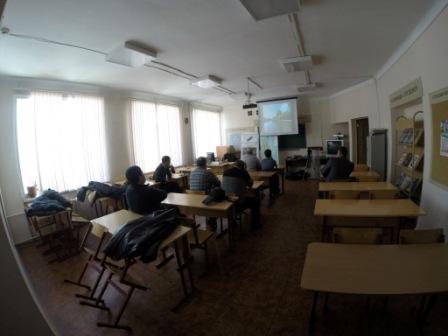 The first seminar took place on February 9 in Khabarovsk, two more were carried out in Yuzhno-Sakhalinsk on February 15 and 16. The total number of listeners was 25 people. 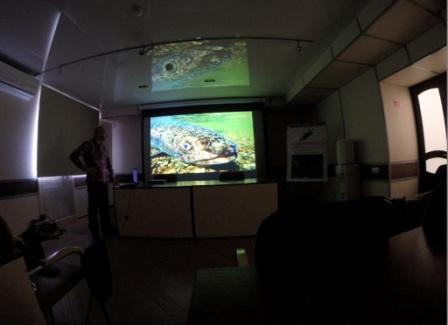 On February 24 one more similar seminar in Blagoveshchensk will be held. 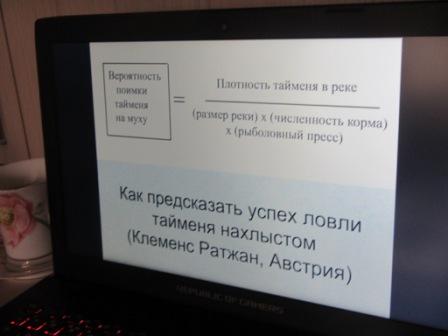 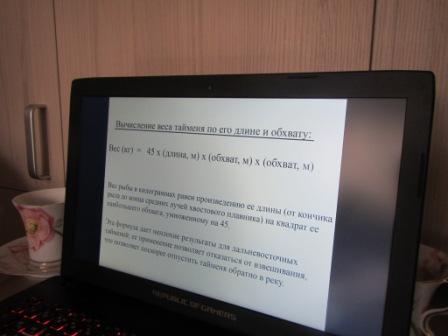 The main idea of seminars – flyfishing development with application “caught-release" principle does not harm populations taimens, and on the contrary, helps to draw attention to their conservation.

Taimen – a freshwater tiger. Adult fish in the nature has no enemies, except the people, and it can live several decades. As well as tigers in the taiga taimens in the river cannot be much – the large predator needs a lot of forage. The only opportunity to keep this beautiful fish – it is obligatory to release it! If you were lucky to catch a taimen, release this rare fish!

That catch did not affect health of river predator, it is necessary to carry out some simple rules: