Offers on artificial breeding  of Sakhalin taimen sound since the beginning of the 1970th years (Hatkevich, 1973). Sakhalin region is the leader among  Far East regions. Today here more than 45 salmon hatcheries, and the total number of the let-out juveniles of trade species work already (pink and chum salmon) approaches 1 billion pieces. The spawning season of  Sakhalin taimen passes since the end of April until the beginning of June. The floor spaces which are empty during this period do possible development of a taimen in polyculture (Ivanova et al., 2001a). 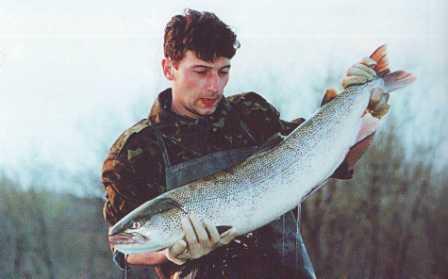 In 1990-91 the first experiments are made on Lesnoy and Sokolnikovsky LRZ. Since 1996 thanks to development of the Russian-Japanese Taimen program, eggs of taimen began to be stuffed up on several  LRZ (Lesnoy, Okhotsk, Buyuklovsky, Reidovy) (Zelenkin, Fedorova, 1997). Experiments were conducted also in aquariums of SakhNIRO (Ivanova et al., 2001a, 2001b; Korablina, Ivanova, 2001).

Since 2012 the present stage of the program of artificial reproduction in the basin of lake Tunaicha with participation of Sakhalinrybvod and LLC Salmo is conducted (Makeev, Samarsky, 2013; Makeev et al., 2013; Myakishev, 2018)).