Use only artificial nozzles (spinners, wobblers, artificial caviar) and tackles with one unary hook.

When fish sits down on a hook, pull  it quickly and resolutely. It will allow to lower the stress which had by fish and physical exhaustion from long pulling.

Don't allow fish to fight about stones. Don't push fish with legs on the coast. You can damage the sideline responsible for orientation of fish.

Don't hold fish dry hands. It is recommended to use cotton or similar gloves made of cloth.

Don't lift fish from water only for a tail. You can injure her backbone.

Use net only with a soft  grid.

Use special devices for fast extraction of a hook. It is impossible "to tear" a hook if it doesn't leave freely, cut off a lead better as it is possible closer to a mouth of fish.

If you want to be photographed with fish, ask the companion to prepare the device in advance. Do a photo quickly.

Support fish at the same time for a tail stalk and under a belly, at least, in 10 cm from a junction of branchiate covers. There heart is located, and squeezing of this area can cause a lethal outcome. Don't press fish to yourself and don't lift highly. Time of withdrawal of fish from water can't exceed more than one minute.

Before release of fish hold it head in a stream against the current until she independently doesn't behave in the correct situation and itself doesn't leave your hands.

Make sure that fish hasn't laid down on a bottom below on a current.

YOU REMEMBER: OBSERVANCE OF THESE SIMPLE RULES WILL ALLOW TO KEEP GOOD FISHING FOR A LONG TIME. WE WISH SUCCESSFUL FISHING! 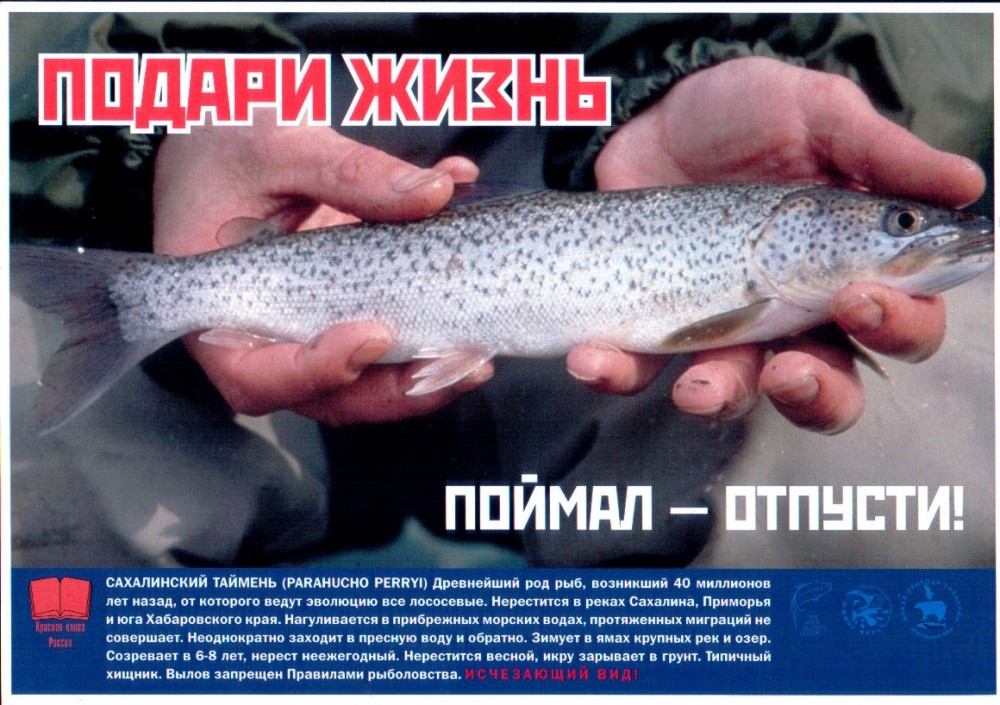 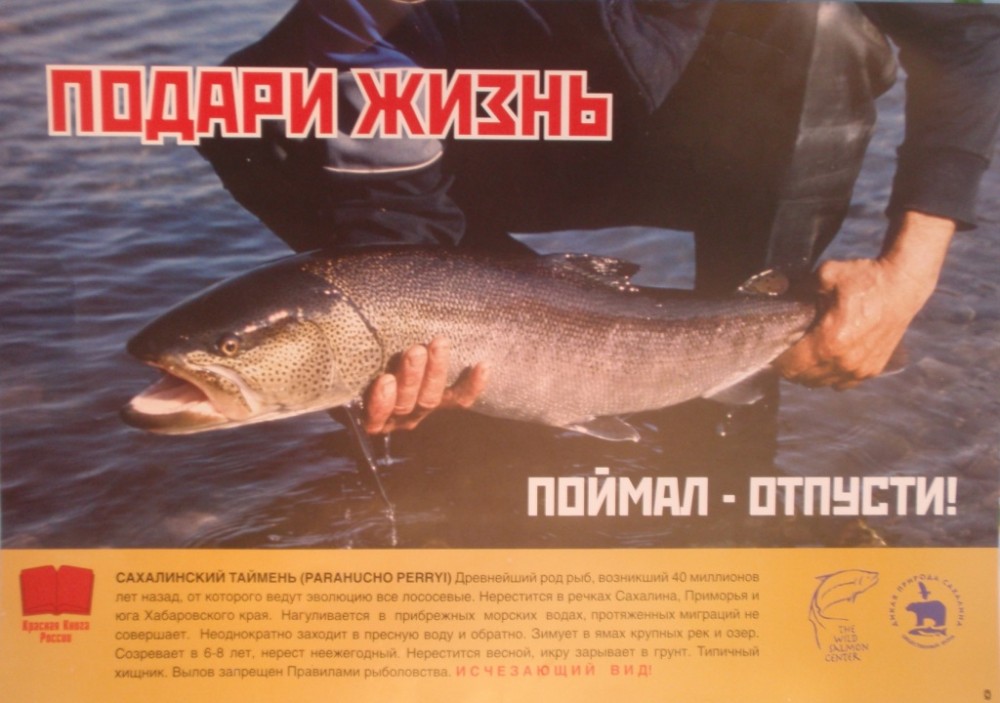 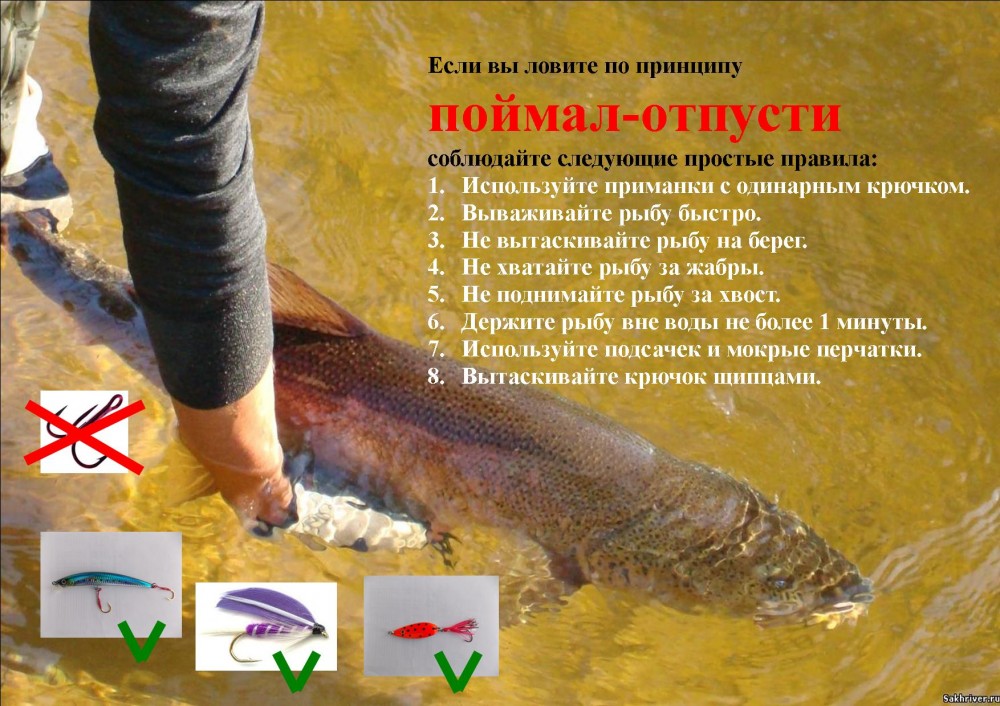 Leaflet for amateur fishing in Nogliki

Spirit of the River

The power of focus in Mongolia