Species is entered by the resolution of the Government of the Russian Federation No. 978 from 10.31.2013 in the list of especially valuable objects of fauna concerning which responsibility for crimes is established by articles 226.1 and 258.1 of the Criminal Code of the Russian Federation. Thus, the ST became especially protected species along with 10 species of sturgeon fishes.

The list for inclusion in new edition of the Red List of the Russian Federation had included populations of Primorsky Krai and the Sakhalin region (the 2nd category) and also the Sakhalin population of an common (Siberian) taimen (1 category).

Probably, at this stage of the taken legislative measures it is quite enough. 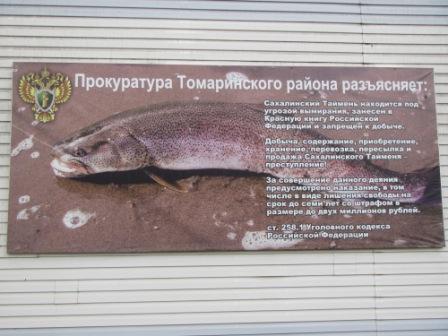